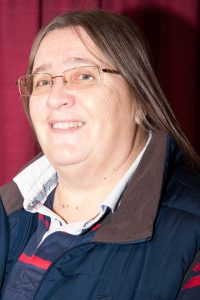 Janette Ruocco holds a B.Mus (Hons) from Sheffield University, a Masters’ degree in Choral Education and an LRSM in Choral Direction. She was for several years a practitioner council member of the Association of British Choral Directors (ABCD), for whom she has devised and led training in choral conducting.

Janette is a dedicated music educator who brings her passion for creative communication through the human voice to all of the singers she directs. With her unique blend of humour and targeted encouragement, she supports the development of musical literacy, vocal technique and confidence in performance to groups of all ages and abilities. In addition to her post with Harleston Choral Society, Janette is currently the Musical Director of Braintree Choral Society, and two London-based groups, The Meljon Singers chamber choir and the 12-voice vocal ensemble, Bocca Aperta. Janette’s recent projects with children and young singers have included the opening concert of the St David’s Festival, a performance of her cantata Swallow Tale in the Queen’s Theatre Hornchurch and a two-night choral extravaganza with 300 children from Billericay schools at the Towngate Theatre in Basildon. She is regularly in demand as a choral trainer and workshop leader.

For relaxation, Janette sings with the aptly named Eight Voices, a group specialising in acappella music from the Renaissance, with whom she performs in London and in Italy.

More details of Janette’s work can be found on her website at www.janette-ruocco.co.uk. 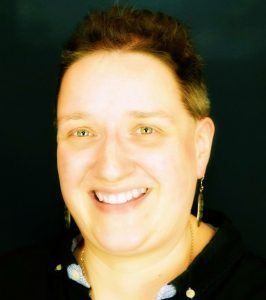 Karen Smith was born in London in 1970 and moved to Norfolk at the age of 9.  By this time she was able to ‘play’ piano, clarinet and guitar, although not to any great degree!  However, after gaining a performance diploma in piano, Karen studied under Martin Roscoe and then Kathryn Stott at the Royal Northern College of Music in Manchester.  Upon winning a competition in Spain she toured Europe & North America, being privileged enough to perform with artists such as Vladimir Ashkenazy, Martin Tilson Thomas, Andrew Levine, Peter Donahoe & Tasmin Little.
Sadly, personal circumstances cut short Karen’s professional career as she was on the verge of signing a recording contract with Deutsche Gramophone and there followed a long period where she was out of the musical world.  However, upon returning to Norfolk, Karen now enjoys playing for a variety of musical societies and opera companies, also accompanying singers & instrumentalists all over East Anglia.  She now teaches privately in Norfolk/Suffolk and is available for all kinds of musical adventures!
www.knjsmusic.co.uk